Three films from Pune have made it to the 2015 edition of Woodpecker International Film Festival and Forum. Known for its focus on issue-based cinema, the Festival promotes debate and discussion on critical social, ecological and development issues like environment and wildlife, health and sanitation, livelihoods, gender, children etc. This year the four-day festival will screen 68 documentaries and short films from 21 cities spread across 15 states. From Maharashtra 12 films have been chosen, including 3 from Pune.


According to Founder Director of the festival, Narender Yadav, “It’s quite encouraging to see that every year we get wonderful stories of change and hope in the form of hundreds of documentaries and short films. Our festival’s vision is to showcase films that promote discussions, expand expectations, challenge attitudes and change lives. We are constantly experimenting to promote issue-based cinema globally and explore the power of storytelling through films to create a better world.” The festival is slated to be organised from September 17-20 at Siri Fort Auditorium, New Delhi.

Among Pune entries is the Film and Television Institute of India (FTII) student Rochak Sahu’s documentary film ‘A bohemian Musician’. It is the life story of a musician named, Keshav Lal, who has worked in the Bollywood with many legendary composers and lyricists including Laxmikant Pyarelal , V. Shantaram to name a few. But fate bought him to the streets of Pune from the glittering world of Bollywood. Keshav now along with his wife play music on the streets of Pune to earn a living. 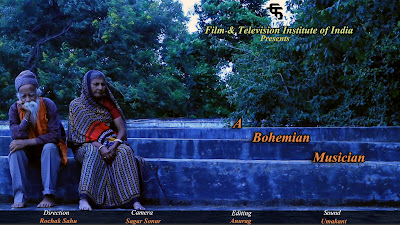 Along with Sahu’s documentary, two other short films also have been nominated from Pune for the third edition of the festival. Jagrit Seth’s short film, ‘The idols of Kinnal’ is a story about a village named Kinnal in Karnataka, famous for its wooden toys and idols. The secret of this magnificent craft of wood and colors lies in the village’s rich and inheritance passed on from the ancestors back in Vijayanagar Empire. Jagrit is a student from Symbiosis International University. Directed by Sasmit Vasin Gadkar ‘The Ritual’ talks about a very significant issue, water scarcity and drought like situation in many parts of the country. The two minutes film starts with a priest, who found a girl in a drought ridden village fruitlessly trying to fetch water from a tap. Seeing the girl’s attempt to get water, the priest goes into deep thought.

This year 68 films have been selected for the festival. This includes 24 films from Delhi, 12 from Maharashtra, 4 from Tamil Nadu and Assam, 3 from Karnataka, Kerala and West Bengal, 2 from Rajasthan, UP, Haryana and Gujarat and 1 each from Odisha, Meghalaya, Madhya Pradesh and Telangana. The selection has been made by a 16-member committee formed by the Festival Organisers, and consisted of senior representatives from the fields of films, mass media, academics, development sector and CSR.
Posted by Woodpecker International Film Festival at 13:46:00 No comments:

Directed by Mumbai based filmmaker Shekhar Hattangadi the film is slated to be screened in the four day festival to be organised from Sept 17-20, 2015 at Siri Fort Auditorium in New Delhi

The Woodpecker International Film Festival and Forum will screen Shekhar Hattangadi’s documentary ‘Santhara’ as part of its upcoming third edition from September 17-20, 2015 at Siri Fort Auditorium. With silent protests erupting in different parts of the country after Rajasthan High Court judgment, this screening is aimed towards educating general people about the traditional Jain tradition of Santhara to ensure they have a more informed understanding of the issue. 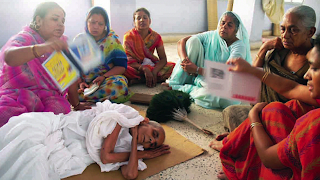 According to Narender Yadav, Founder Director of the Festival, “The objective behind Woodpecker Film Festival and Forum is to promote meaningful discussions and rational debates in the public forum on issues related to development, culture and society. Recently, there have seen scores of silent protests by the Jain community, over the judgment given by  Rajasthan High Court declaring the practice of Santhara — voluntary fasting unto death — illegal and an offence punishable under the Indian Penal Code. This has once again put the debate of interpreting traditional religious traditions through the tenets of modern law, into the public domain.”
Titled as ‘Santhara’ - this 25 minutes documentary, addresses a pivotal and central question—what happens when a traditional religious practice violates modern law—as it looks at the tensions that arise over ‘religious suicides’ where a religious tradition endorses the self-extinguishment of human life in a legal system that treats suicide as a criminal offence.

About the Filmmaker
Directed by Mumbai based journalist-photographer and filmmaker Shekhar Hattangadi, this films has already won awards at several film festivals. 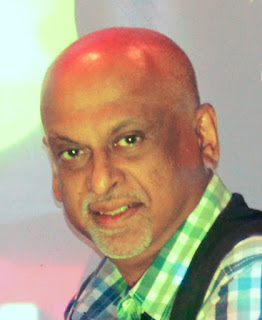 An alumnus of Film and Television Institute of India (FTII), Shekhar is a writer-journalist-lawyer and film maker. Aiming to make documentaries on the controversial religious practices and other significant issues in present time, he has  collaborated with ace director Kundan Shah and made a two hours long feature film, ‘Teen Behenein’ (Three Sisters) on the horrific dowry deaths in the country. However, Santhara is Shekhar’s maiden effort at documentary film-making. He has a bachelor’s degree from St.Xavier’s College, Bombay and a dual-master’s degree in International Politics and Journalism from Ohio University, USA.
Posted by Woodpecker International Film Festival at 15:50:00 No comments: